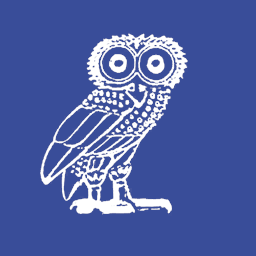 雅典 is a local power in central Greece, famed as one of the oldest Greek cities, the birthplace of democracy, and an important center of Greek culture and learning, and once one of the most powerful states in the Greek world, with a naval empire under the

提洛同盟 spanning the cities of the entire Aegean and Propontic Seas. Humbled by

Antigonids in 307 BC. Now the center of the main

Antigonid foothold in Greece, Athens faces an uncertain future in 450 AUC, with the Diadochi looking to resume war and Greece almost certain to be a major battleground again. While little now remains of its ancient empire, with Athens remaining in control of only its portion of Attica and its old colonies of Lemnos and Imbros, its dreams of greatness have not been forgotten and a careful ruler could use the distraction that the Diadochi pose to each other to throw off the Macedonian yoke to restore the freedom of the Greek city states under Athenian leadership - perhaps even revive the old

Historically Athens would remain restive under

马其顿, attempting many times to regain its independence before finally succeeding during a period of

Macedonian instability around 229 BC. This period of independence would not last long as Athens sided with

罗马 during the Macedonian Wars, eventually becoming a free city under their empire. Still, its great schools and temples ensured that its prestige never wavered, with sponsorship from foreign kings and overlords alike cementing its place as the cultural center of the Greek world until the end of antiquity.

Magna Graecia DLC, Athens has a unique set of 4 missions focused on regaining its independence or autonomy, developing and regaining control over the Attica region, reforming the government to either seize power as a tyrant or restore the famed Athenian democracy, and restoring Athens's traditional hegemony over the coasts of the Aegean Sea and beyond. As part of these missions, Athens can reform into the unique Athenian Republic government form, release the holy island of

feudatory subject, and go on to restore the old

提洛同盟 as a unique country-specific formable.

Magna Graecia DLC, Athens will instead have access to the Pan Hellenic Government Greek cultural mission tree, with the more general end goal of uniting Greece and forming the

Magna Graecia DLC is not enabled, Athens can still reform the

提洛同盟 by decision, with somewhat different requirements. As a Hellenistic culture group republic in Greece, Athens also has access to the decision to form the

希腊联盟; this is not mutually exclusive with forming the

提洛同盟, as long as the Restoring the Delian League mission tree was started prior to enacting the decision (though the modifier Great League Capital will not be applied twice in the same territory).

The Delian League was formed by Athens and their allies to defend themselves from the encroaching Persians to the east after Xerxes tried to invade our cities. In these tumultuous times it is only natural for all the Ionian cities to seek shelter in an alliance with one another once again. It is time for us to rebuild the Delian League.

During the days of Argead domination the League of Corinth united all Greek cities in one league. The goal of this organization was always to control them, and to deny them the independence that they are due. But the idea of a Pan-Hellenic League has not died with the oppressive actions of the Argeads and Antipatrids, it could also be the ultimate guarantor of Greek Independence.
Let us unite one and all and form a League to encompass all the free cities of Greece. Together we will become the dominant force of the Greek world, leaving the kingdoms of would be successors, or usurpers, behind us.

As a Hellenistic culture group country, Athens has access to the decision to form the

阿吉德帝国. This, however, will require Athens to change its government type to a monarchy.

Athens begins as a

弗里吉亚 at the beginning of the game.

Athens starts with the following Hellenic pantheon, if the

Athens begins with a

population of 86 pops at the beginning of the game, divided across its

7 territories. The vast majority of its pops are Athenian Hellenic, but there is also a small Hebrew Jewish minority in the Oropos and the city of Athenai.

Magna Graecia DLC, Athens has access to the unique Ostracize character interaction, reflecting the historical institution under which a citizen could be expelled from the country for 10 years by popular vote. Ingame, the Ostracize interaction replaces banishment and can uniquely be used on any character except the

ruler or co-ruler - even if not imprisoned - but costs

tyranny based on the character's

power base, and can only be used once every year (much like the historical procedure).

These deities are available to

雅典 or countries formed from

雅典, as long as it is Hellenic, or polytheistic and has enough Hellenic pops / controls the deity's holy site, and require the