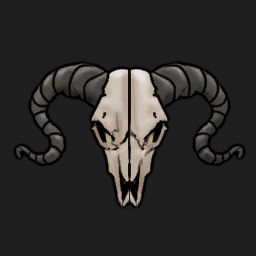 蛮族（Barbarians，BAR）are marginalized peoples living off the edges of the map in isolated and inhospitable mountains, forests, or deserts that will occasionally rise up to pillage, settle, or even conquer their more civilized neighbours. They can present a significant threat to all states in the vicinity of their strongholds and will often require a dedicated military response to prevent widespread pillaging and destruction, but are also the source of pops and clients that a state can use to make itself stronger.

Barbarian Power. Barbarian power reduces the civilization level of the province and increases the monthly chance that a Barbarian Uprising will occur.

Barbarian Strongholds cannot be directly interacted with, but they can slowly be civilized by using the

Civilization Effort Governor Policy in a neighbouring province. If the province's civilization level is high enough, there will be a monthly chance of increasing the barbarian stronghold's

A barbarian stronghold with positive barbarian power has a chance of producing a barbarian uprising each month. The uprising will create a new barbarian horde that will get one cohort for every

2 Tribesmen pops and 1 for every

10 total population in all the territories adjacent to the wasteland stronghold territory, each rounded up. The barbarian horde will spawn in the stronghold and then move into a random neighboring territory and begin sieging it. Hordes will take the

religion of the wasteland region they spawn from, which is set at the beginning of the game and cannot be changed, have a General that leaders their horde, and will take a name from the barbarian name list of their culture group.

Barbarian hordes are hostile to all factions and ignore any borders. Any territory that is sieged down by a barbarian army that is not in the zone of control of a friendly fort will lose

0.2 civilization level for every 1000 soldiers in the horde, which can be highly damaging for large hordes, but will also gain

1 Tribesman pop of the horde's culture and religion and reduce the army's size by 1000 as part of it settles down. Hordes will continue to move around, rampage, and occupy territory as long as they exist, and can wander quite far from their original strongholds and cause considerable destruction to a region if the states there are unable to defeat it. Destroying barbarian armies will give the victorious state the

plunder that they have accumulated through looting provinces, may yield

1 slave pop for every 10000 soldiers in the army to be resettled, and returning any territories that they still occupy. Forts near a barbarian stronghold or near borders where they are expected to come through can be quite useful as they protect neighboring territories from losing civilization value and can stall the advance of a horde until your army arrives.

If a barbarian horde occupies all of a country's territories, they will take over the country. The horde's leader will become the state's new ruler and found a new major family (displacing one of the old ones), the country will adopt the culture and religion of the horde, and the state's government form will be converted into a migratory tribe. This is the only way to convert from a republic or monarchy into a tribe, and the only general way for a country's culture to change.

If the barbarians are too powerful to fight off or the state seeks to take advantage of their strength and population, a barbarian horde can be negotiated with through the diplomacy screen. This screen displays the number of occupied territories, accumulated plunder, possible slaves, total army size of the horde, religion, and culture of the horde and offers several possible diplomatic actions: